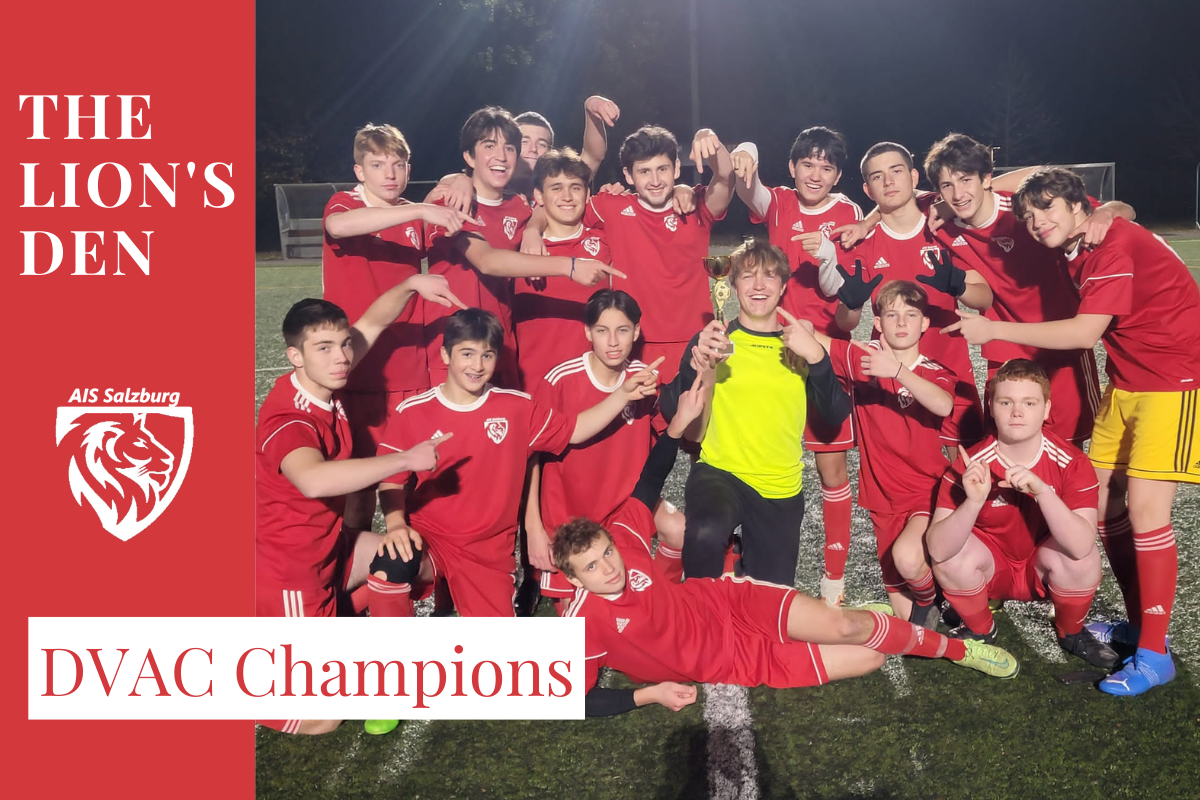 The boys’ soccer and volleyball teams both finished in first place in their respective DVAC Junior Varsity Championships this past weekend in Vienna and Budapest after winning all of their games.

The boys’ soccer team defeated the Vienna International School 1-0 in their opener then defeated the International Christian School Vienna 2-0 in their second game. Dima P. scored the lone goal in the opener while both Dima P. and Arno O. filled the net in the second game. In the championship game, the Lions defeated ICSV for a second time on the day by a score of 1-0, claiming the first-place trophy. Pedro R. was the lone goal scorer in the championship game.

The Lions also enjoyed some team bonding time together in Vienna on Friday before playing in the tournament on Saturday.
“The boys deserve so much praise for both their play on the field and the way they conducted themselves off it as well,” said Head Coach Matt DeKryger. “We kept our composure, implemented the tactics we wanted to, and were blessed to come away as tournament champions.”
This was one of the most successful teams in recent history, with seniors Liam and Dima serving as exceptional leaders and captains for the season. 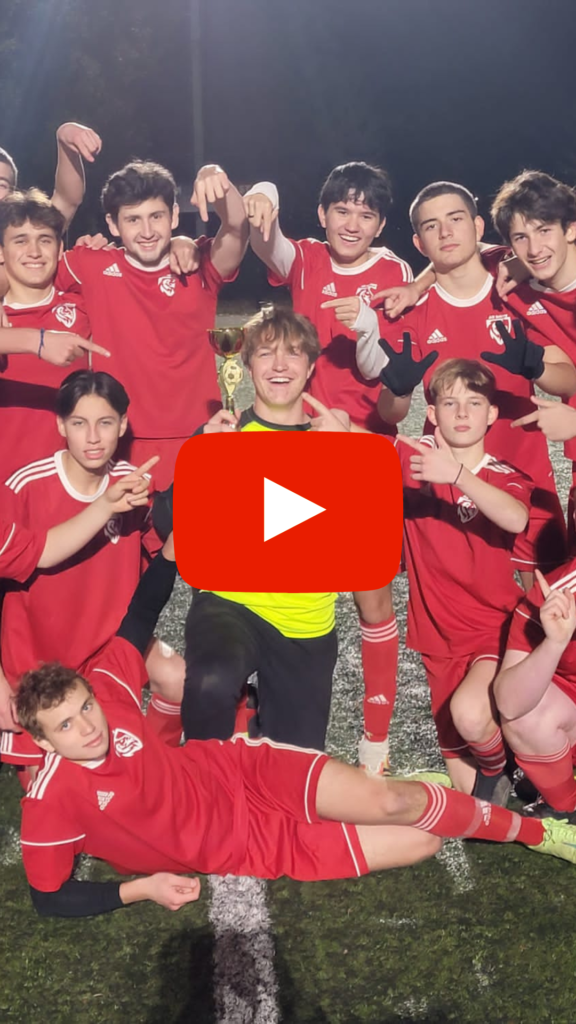 The boys’ volleyball team also went undefeated on the day and didn’t even lose a set, defeating the Budapest British International School 25-18, 25-16 and the International Christian School Budapest 25-14, 25-9 to bring home the championship.

“It was a pleasure to watch all of the boys grow and develop this season, not just as volleyball players but as young men,” said Coach Nick DeWitt following the final match. “I was particularly proud of the way that the boys banded together, kept a positive attitude the whole time, and won as a team no matter who was on the court.”

Ilias S. was a force to be reckoned with the entire tournament. Ilias brought the energy day-in and day-out throughout the season, even to the early morning Wednesday practices.  Max N. was a true leader during the tournament and was consistent with his lay and perfectly placed push shots. Kyryl P. worked his way onto the starting lineup as an eight grader and was a key player at the tournament as the Lions second setter. 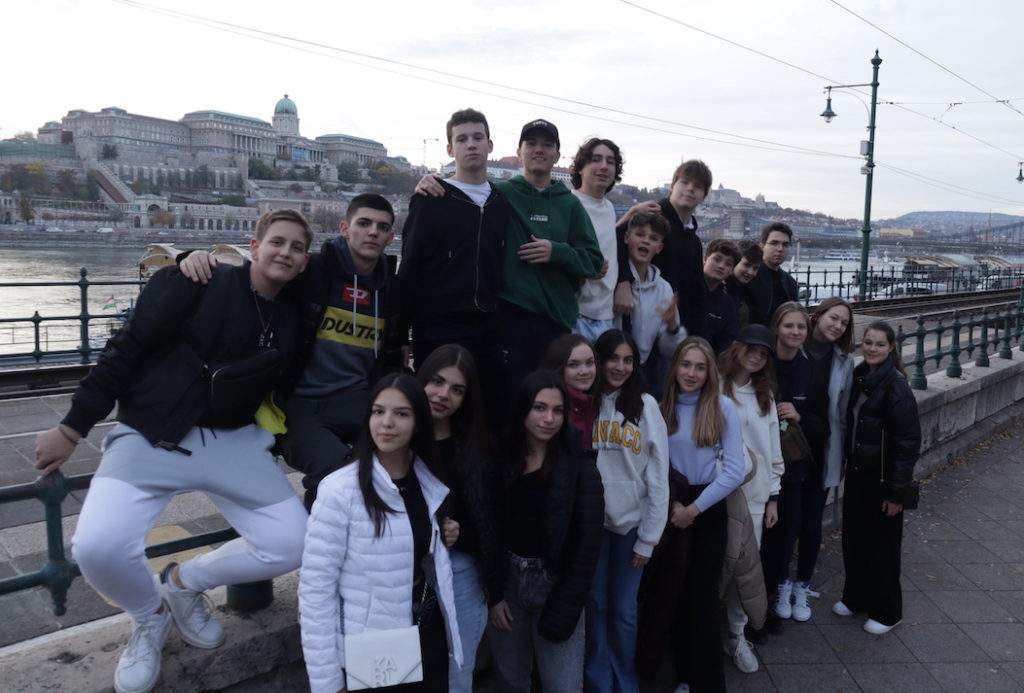 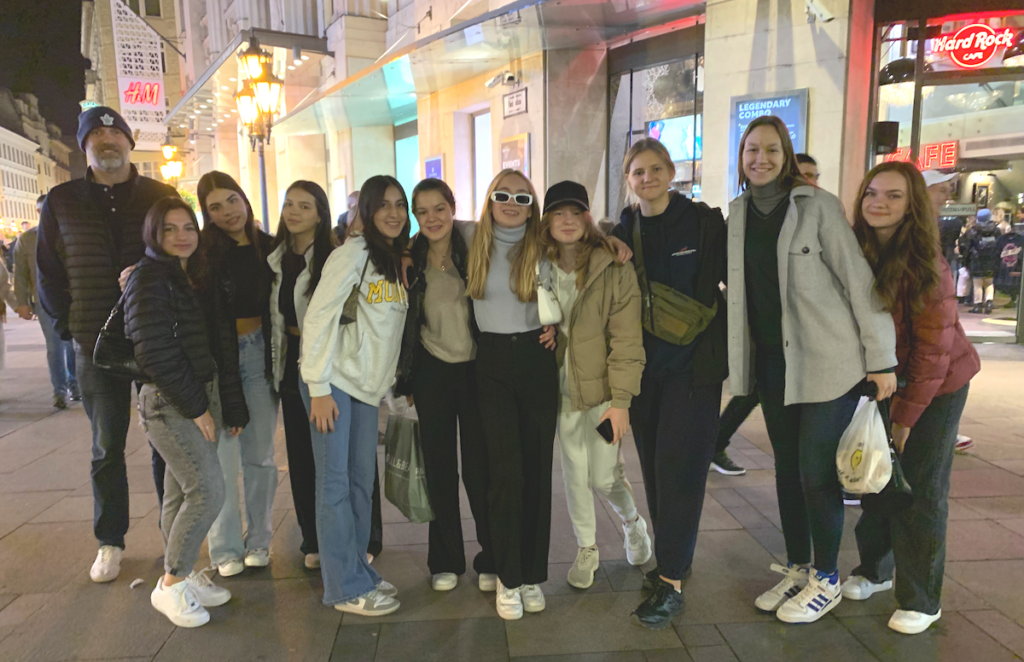 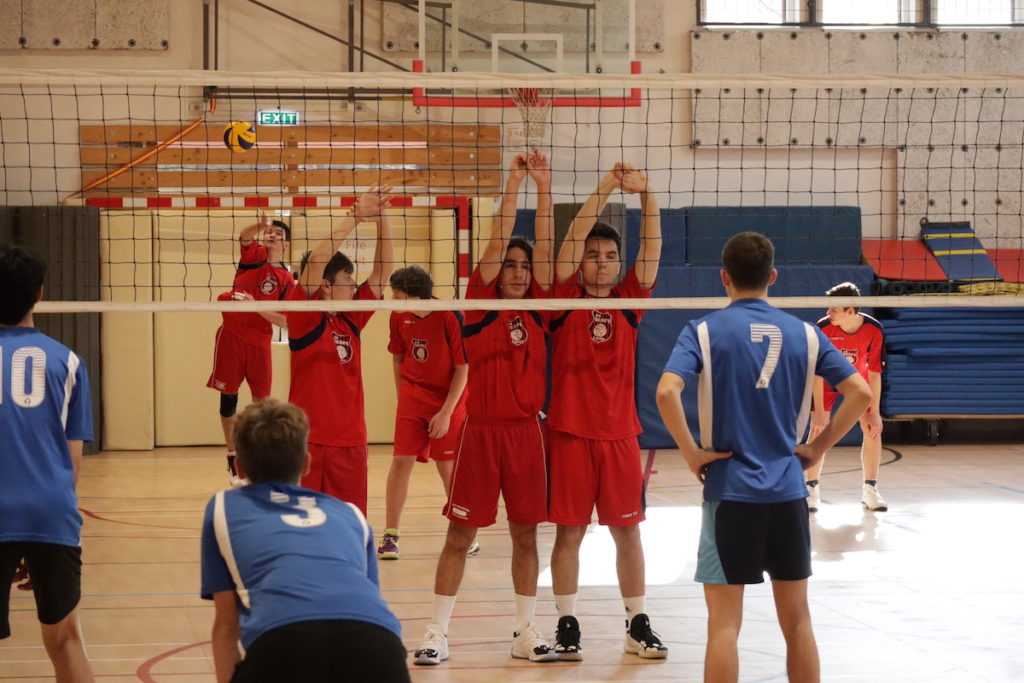 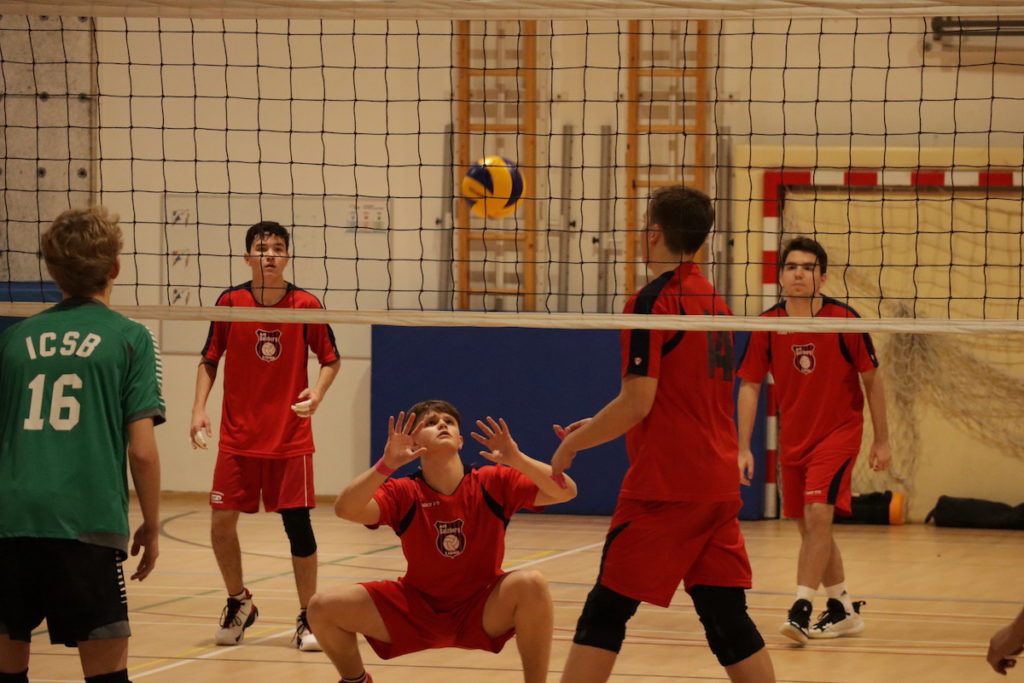 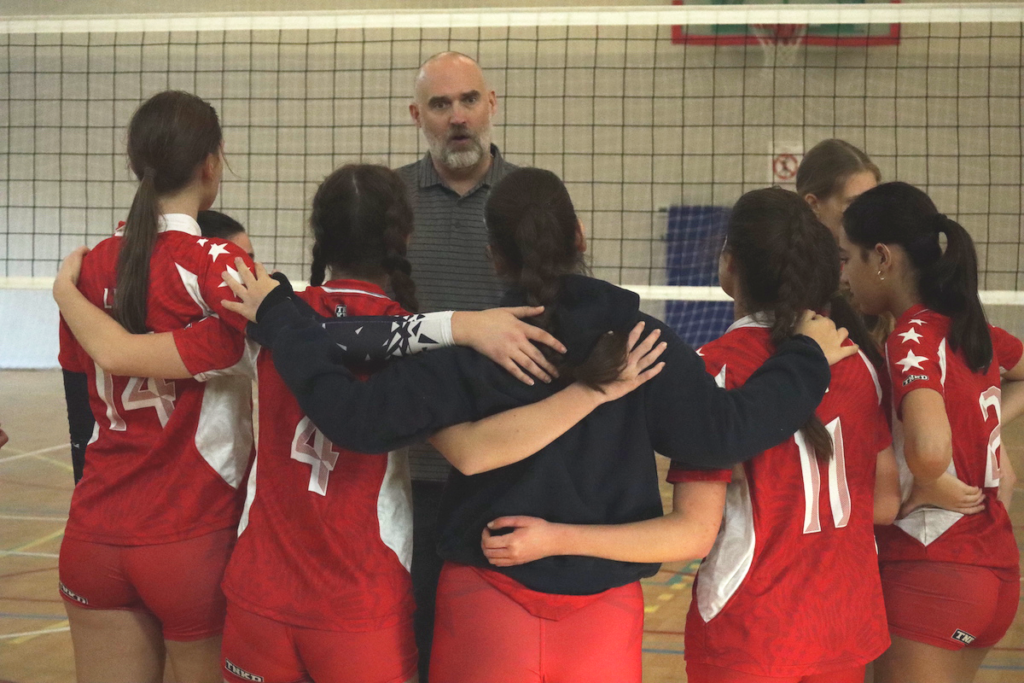 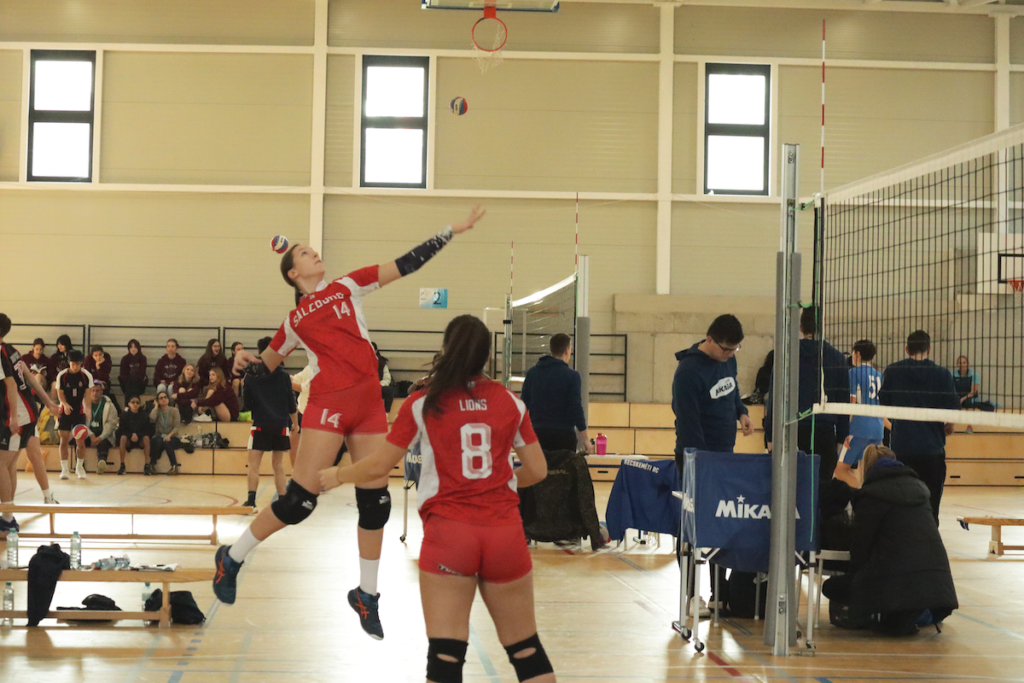 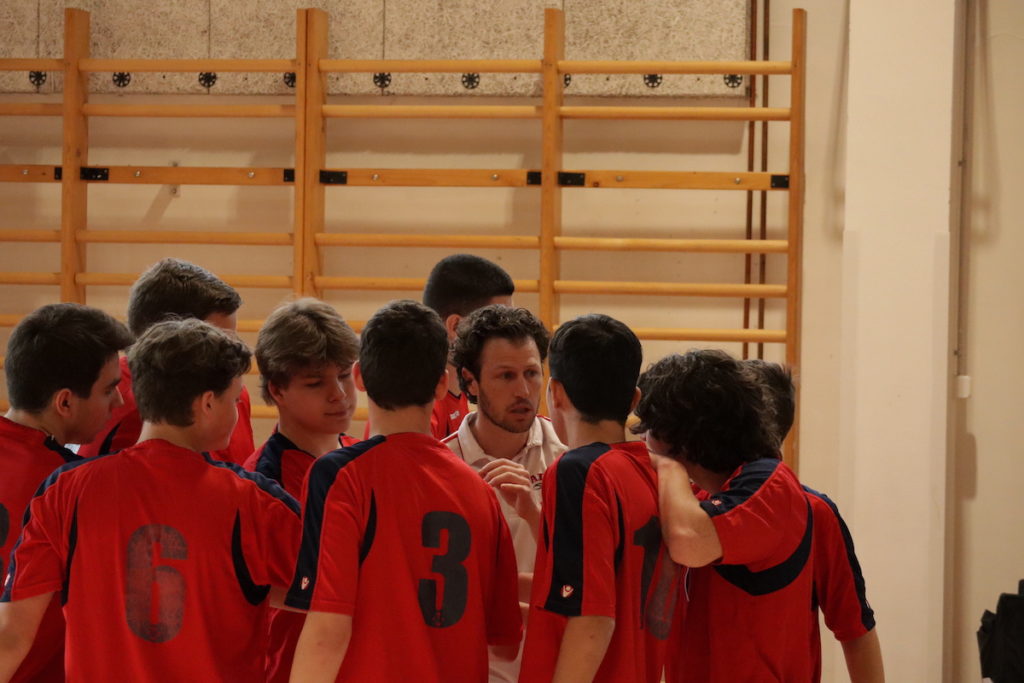 “We accomplished our goal this season to be competitive at the varsity level,” said coach Burns on the train ride back from Budapest. “We almost beat BISBu (British International School Budapest), the same team that easily beat us at the early season tournament in September. That is our measuring stick on the season and something to carry into next season with this very young team.”

With team sports switching to basketball in the winter, the fall teams will continue to remain active until the end of November and all teams will likely revive in the spring for more competitions.