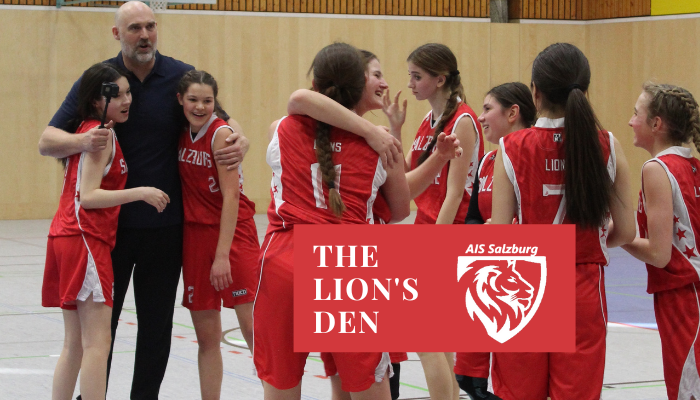 Photo: The Lady Lions celebrate their Jamboree championship on Saturday at the RIF Olympic Training Facility in Salzburg.

Friday and Saturday, March 11th and 12th, ten basketball teams competed in our 30th Annual Boys’ and Girls’ Basketball Jamboree at the RIF Olympic Training Facility. On the boys’ side, there were a total of six teams and on the girls’ side, four teams participated.

On Friday, both of our teams kicked off the tournament with matches against St. Gilgen International School. After a slow start, the Lady Lions cruised to a 24-10 win behind 12 points from Saskia. The boys’ team did not fare as well against the eventual tournament champions, losing 9-28.

The girls’ team played a second match on Friday and doubled up on their winning ways by defeating a scrappy QSI Bratislava team, 15 to 10. The Lady Lions looked tired in this second match, missing many of their shots despite dominating the play throughout. 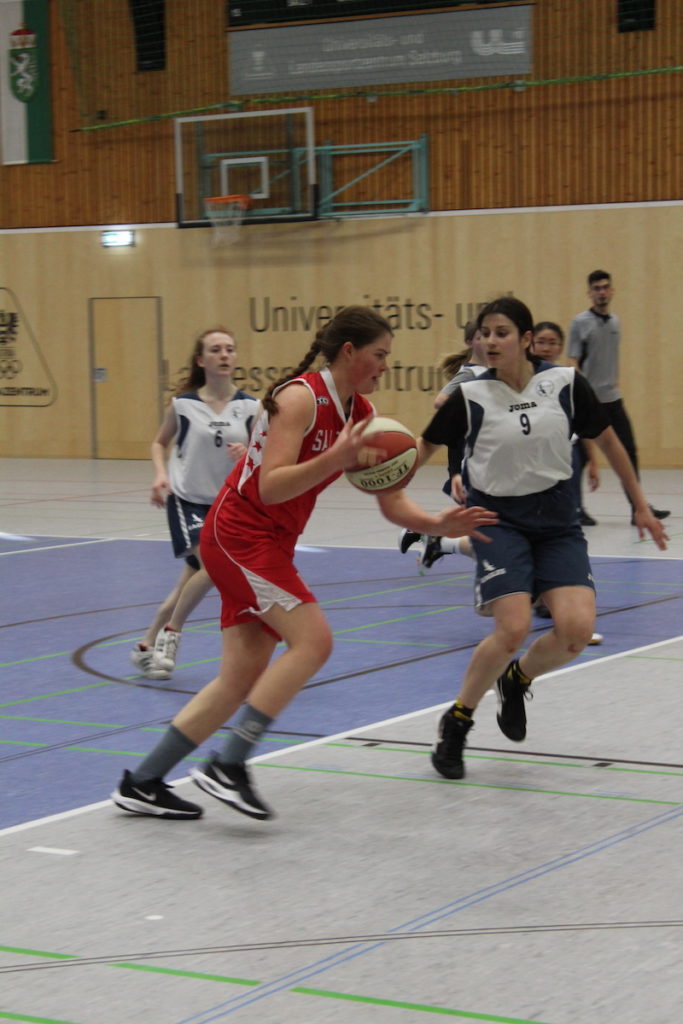 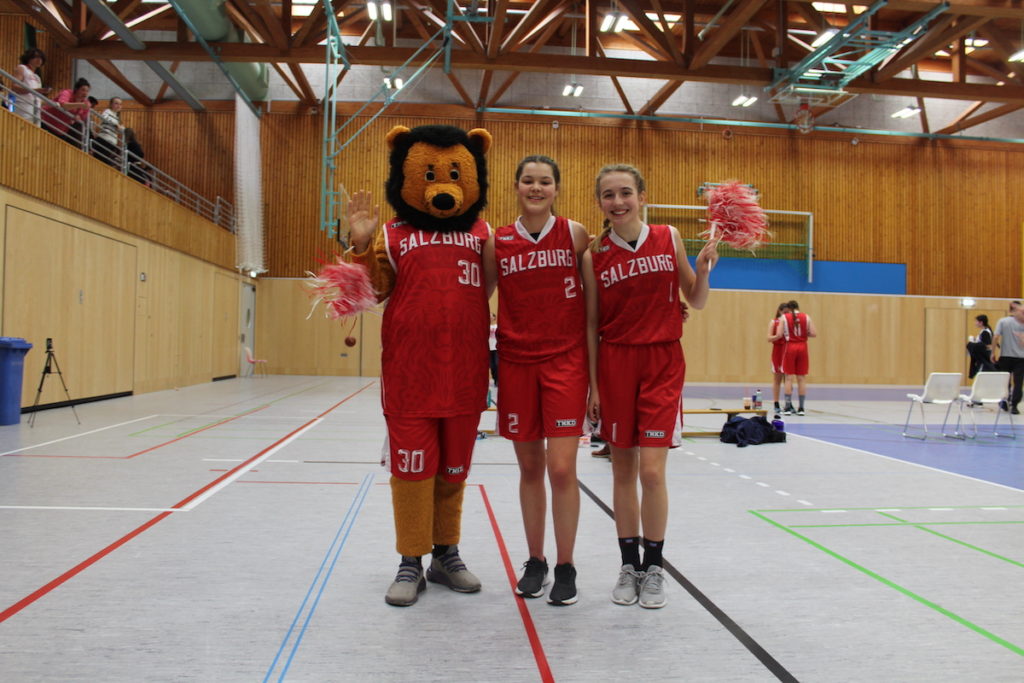 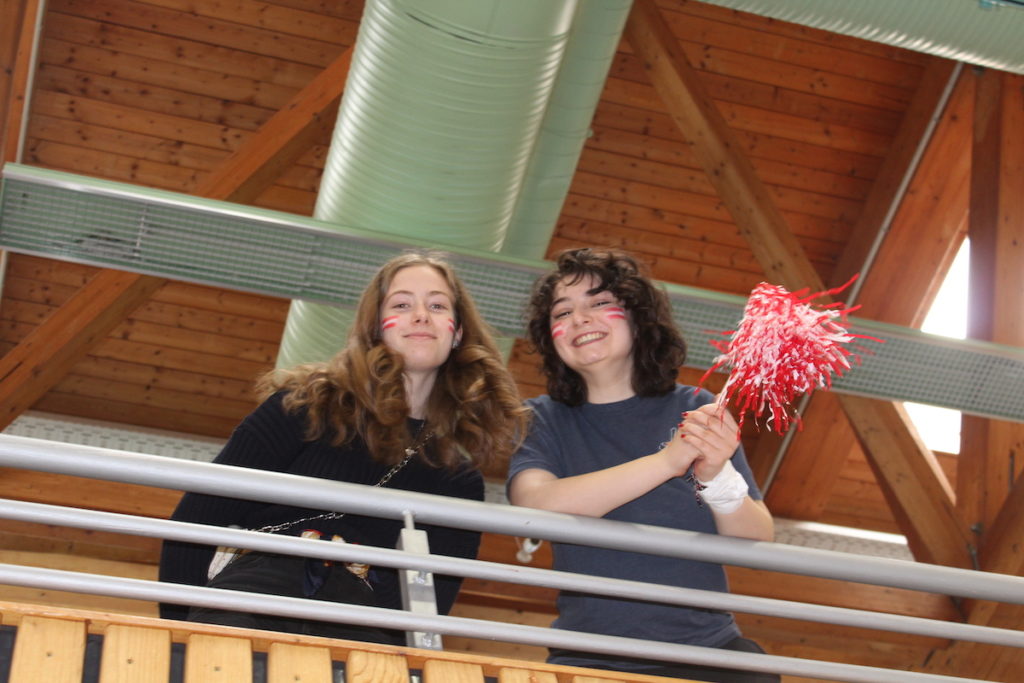 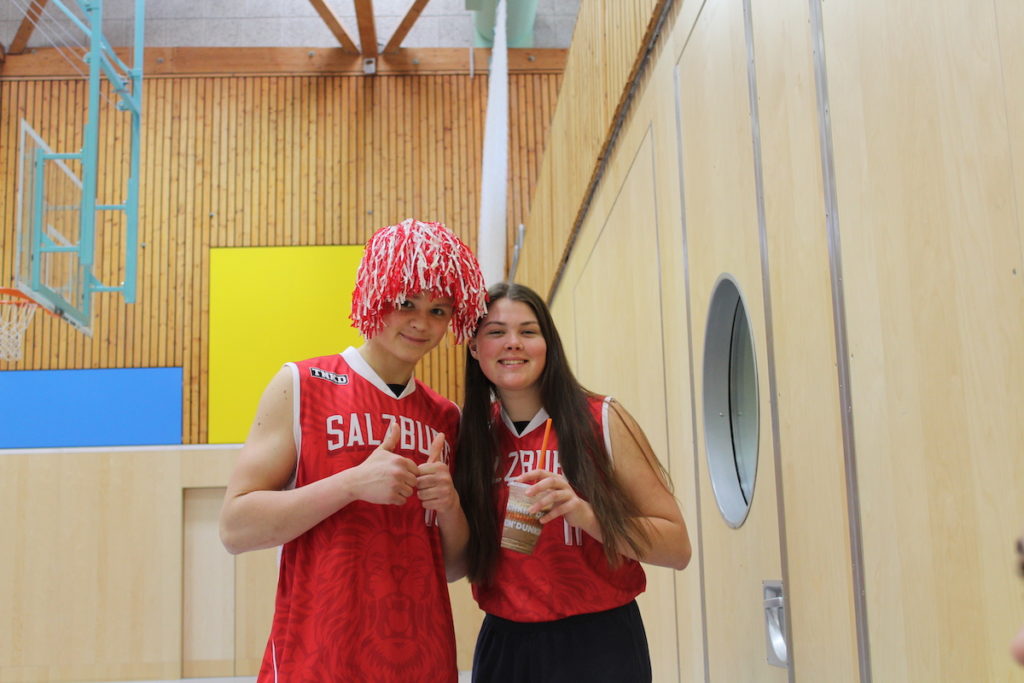 Photos: AIS-Salzburg’s Saskia led the tournament with 41 points; a number of students and teachers came to cheer their Lions on; Jade and Chantal pose with Pumba.

The boys’ team kicked off the Saturday portion of the tournament with an early morning game vs QSI Bratislava. In this game, the boys’ played their best basketball of the season so far, defeating QSI handily 34-13 and securing second place in their pool and a spot in the match for third-place later in the day.

Having already secured a spot in the final with two wins, the girls’ team faced off against the International Christian School of Vienna in their third and final match of round-robin play. The team from Vienna was the only team to defeat the Lions this season thus far, which came in the DVAC final the weekend before. In this re-match, it was a defensive battle as both teams struggled to put the ball in the net. In the second half, the Lions started clicking offensively, pulling off a 15-4 win, bringing their tournament record to 3-0 heading into the championship game. 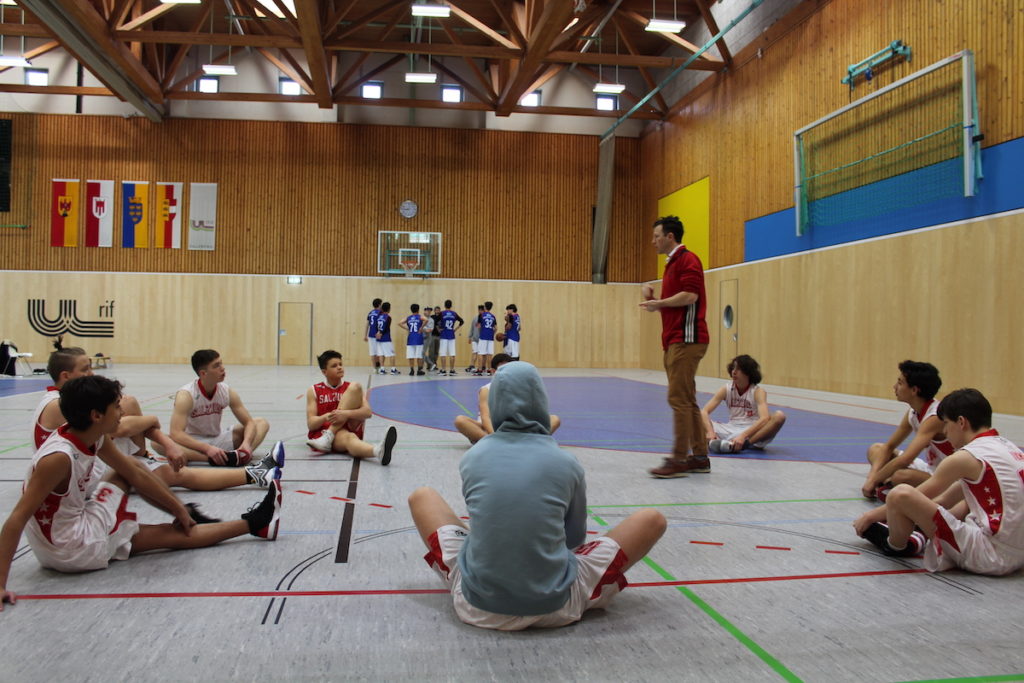 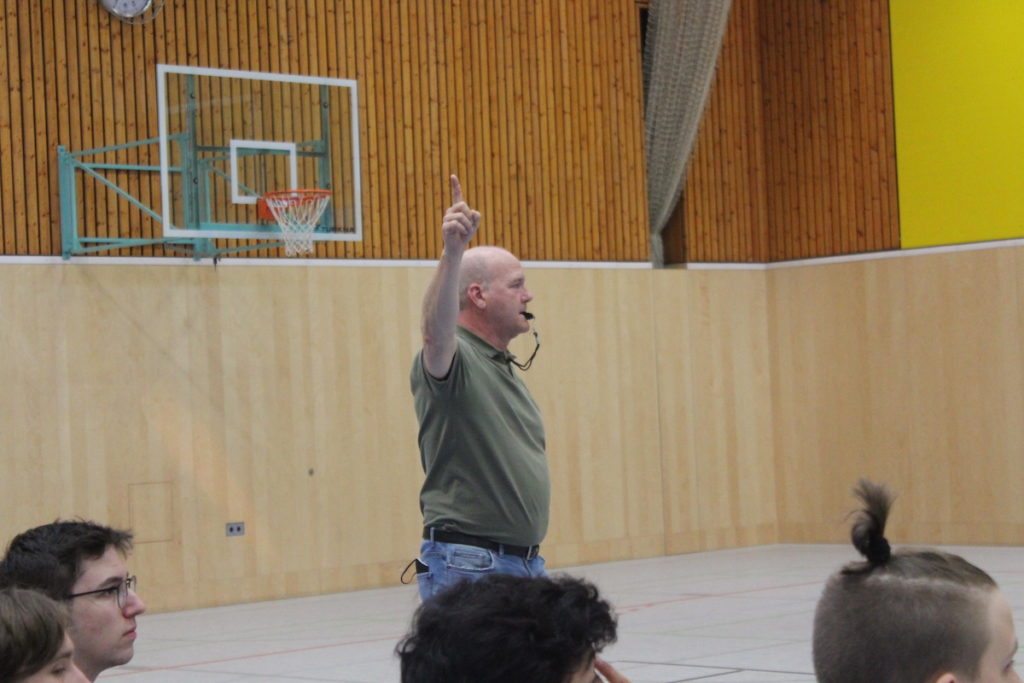 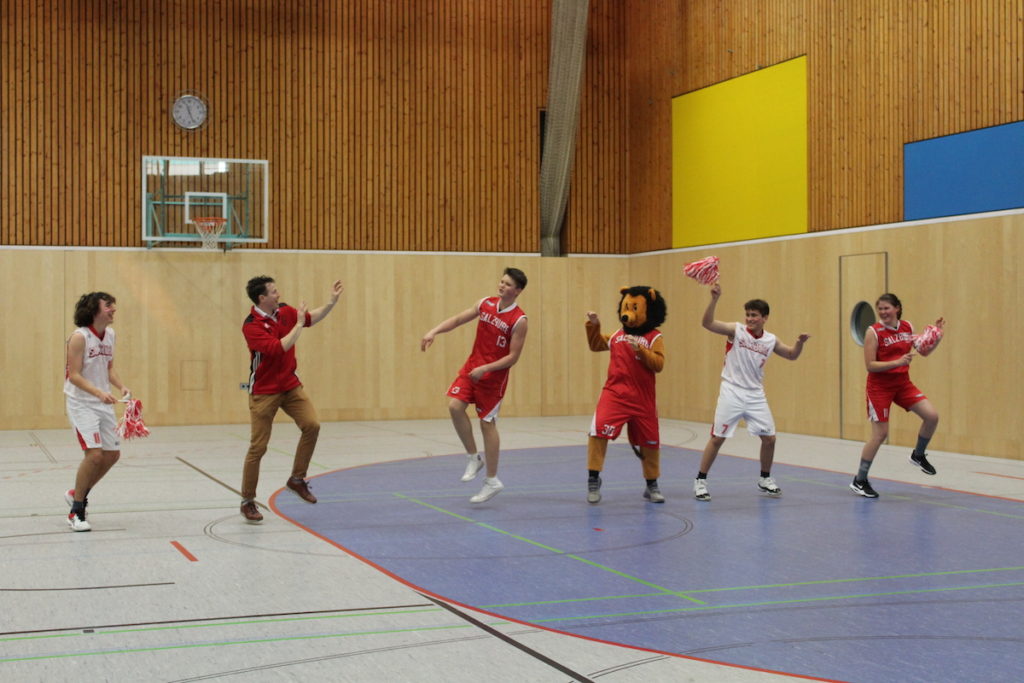 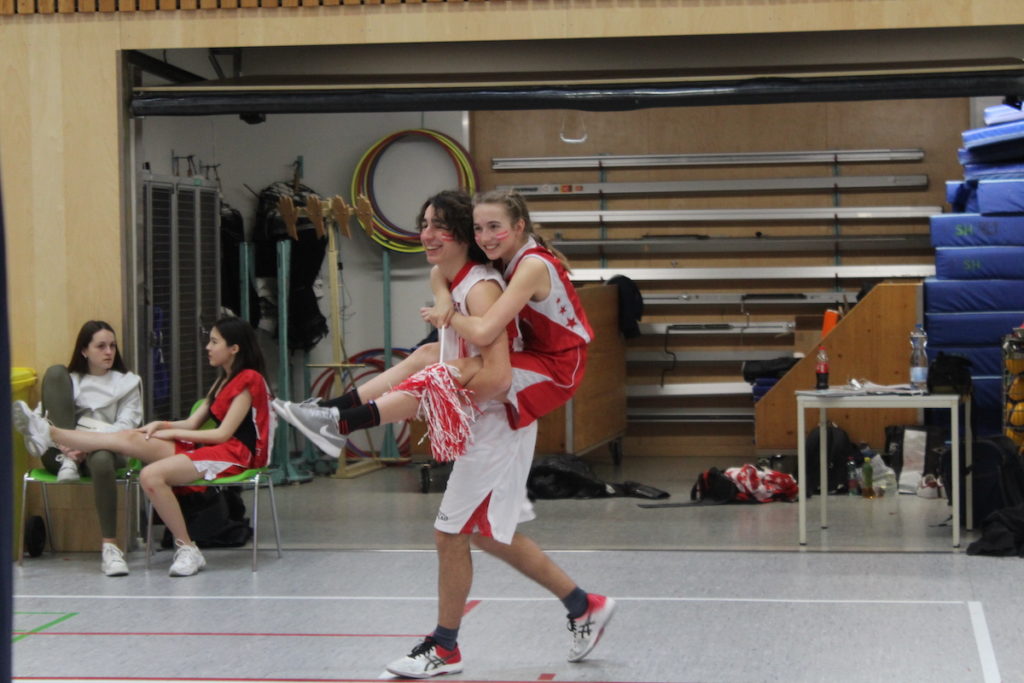 Photo: Coach DeWitt speaks with his team before their Saturday morning match up with QSI Bratislava; Headmaster McLean dusts off the sneakers to referee a couple of games; siblings Ilias and Chantal enjoy the atmosphere of the tournament together.

In the battle for 3rd place, our boys’ team faced the second team from QSI Bratislava, a team with more size than their counterpart. Despite a valiant effort, the bigger and older team from Bratislava proved to be too much on this day, handing the Lions their second loss of the tournament 14-18 and a 4th place finish.

In the girls’ final, the Lady Lions squared off with the International Christian School of Vienna for the third time in a week. This time, the match was played on the much larger professional-sized court, opening up the play considerably. 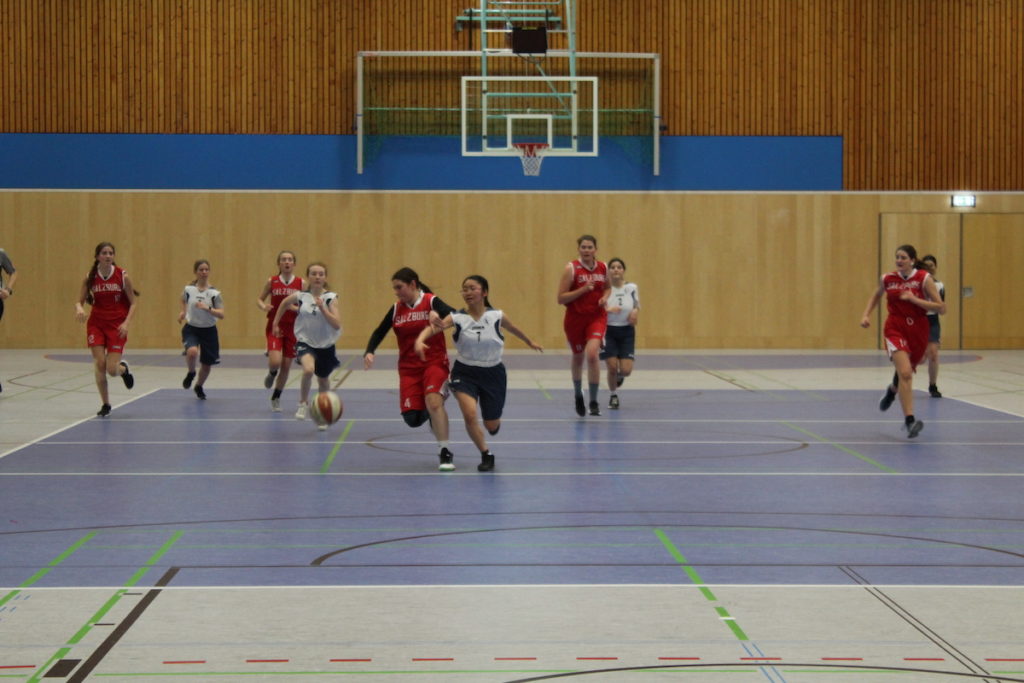 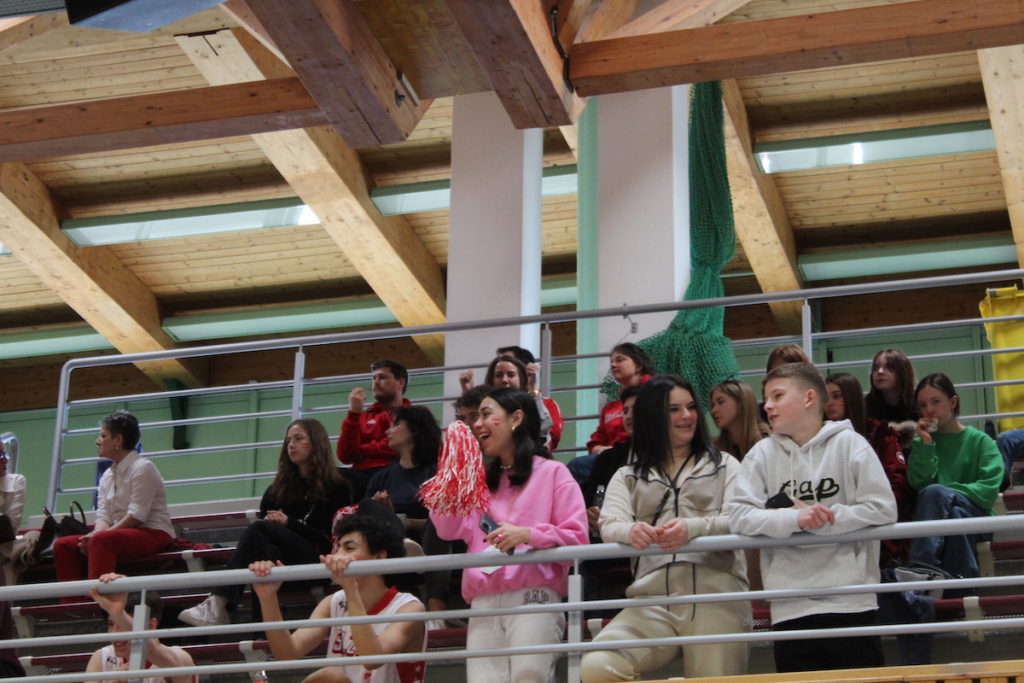 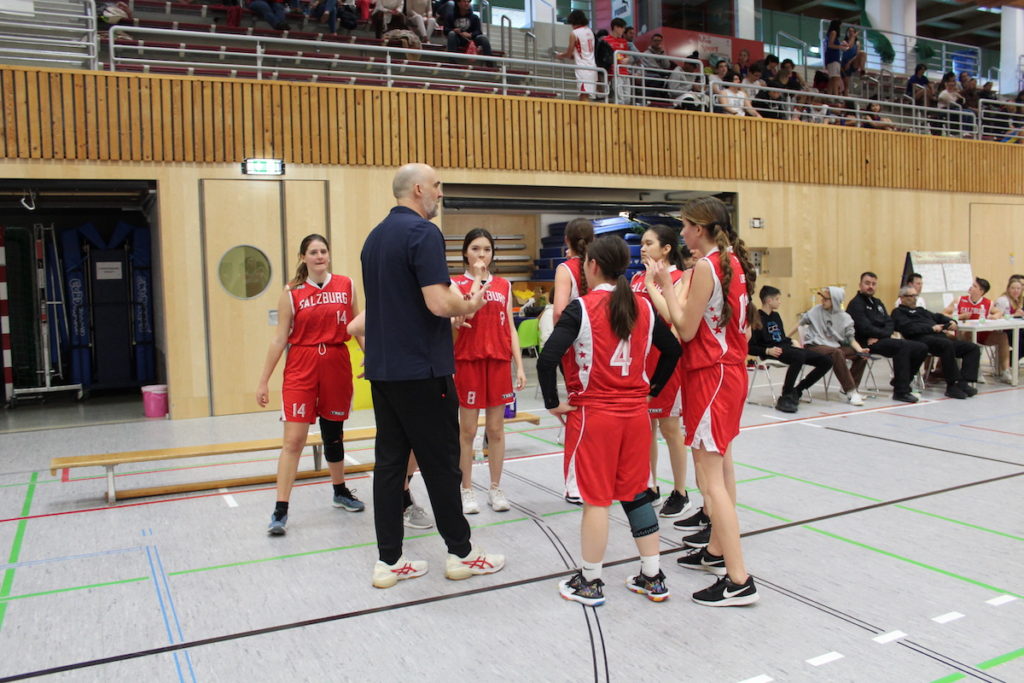 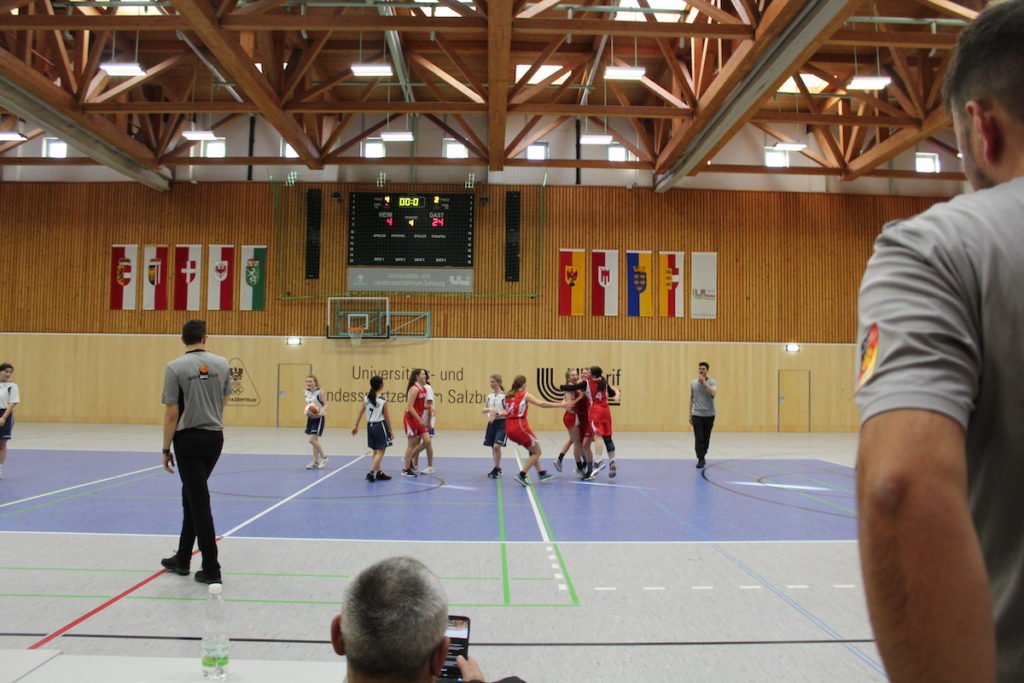 Photos: AIS-Salzburg took advantage of their size and strong defense to cruise to a 24-4 win in the championship game.

The Lions’ got off to an early 8-0 lead before ICSV scored their first basket. With the score 10-4 going into the second half, ICSV took the court without their top player, who was sitting on the sidelines nursing an injured knee, likely from defending the numerous basket drives from Saskia. The Lions’ pounced on this opportunity with a full-court press, causing a number of turnovers that resulted in more buckets by the Lions. In the absence of the top opposing defender, Saskia was an unstoppable force, scoring 10 of her 16 points in the second half and leading her team to only their second Jamboree championship in 20 years with a 24-4 win.

Saskia along with Barb and Zach were voted by the other coaches and players to the All-Tournament Teams. Saskia led the Lady Lions and the tournament with 41 points in four games while Zach led the Lions with 18 points in three games. 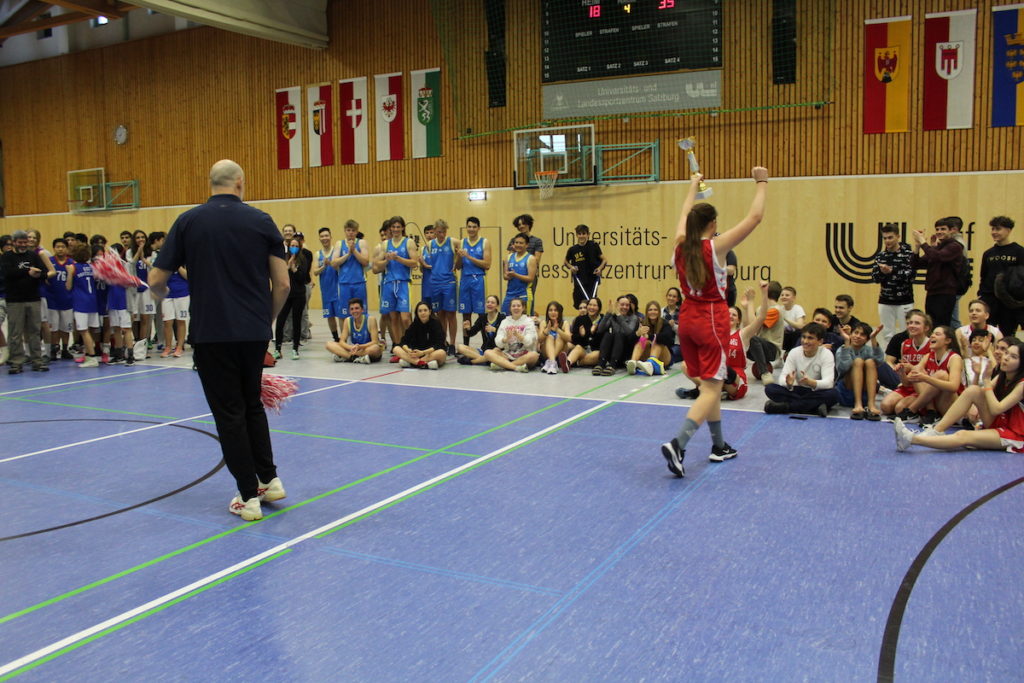 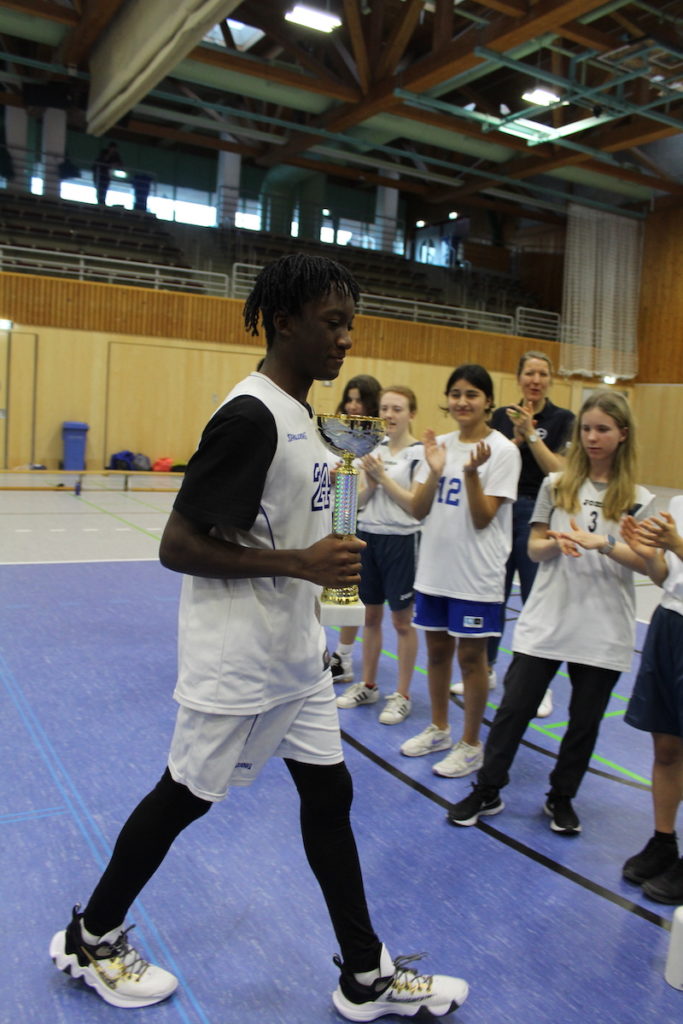 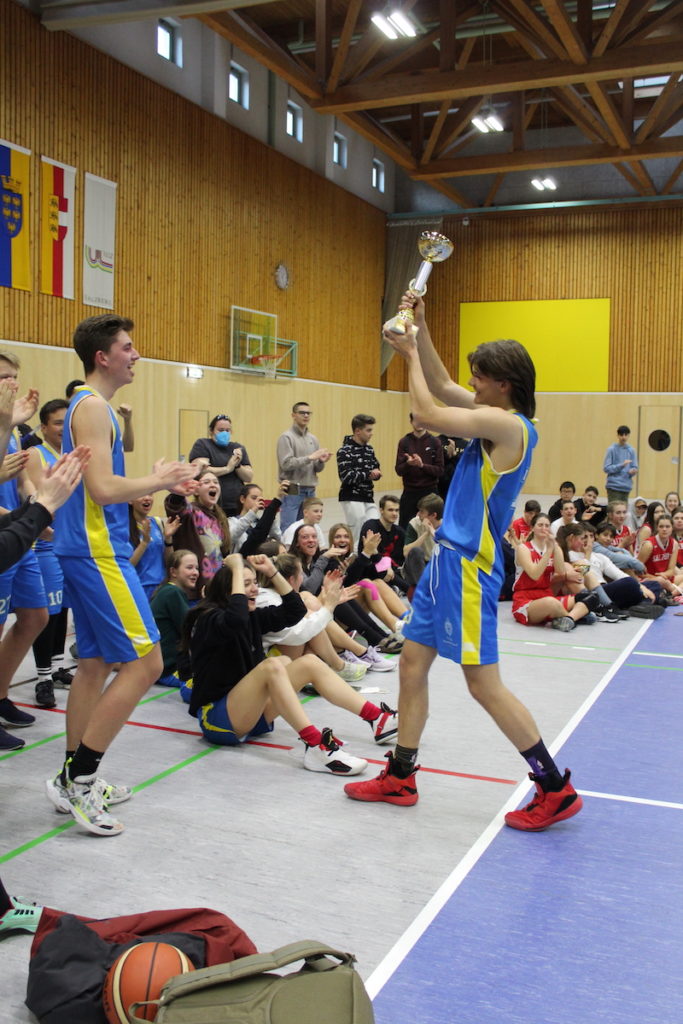 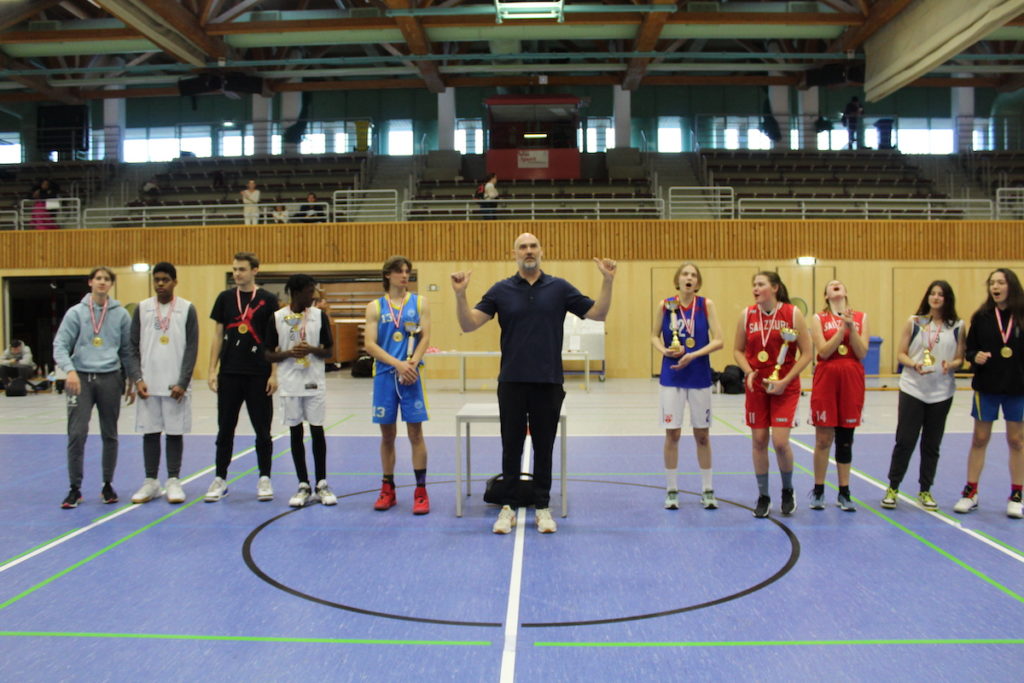 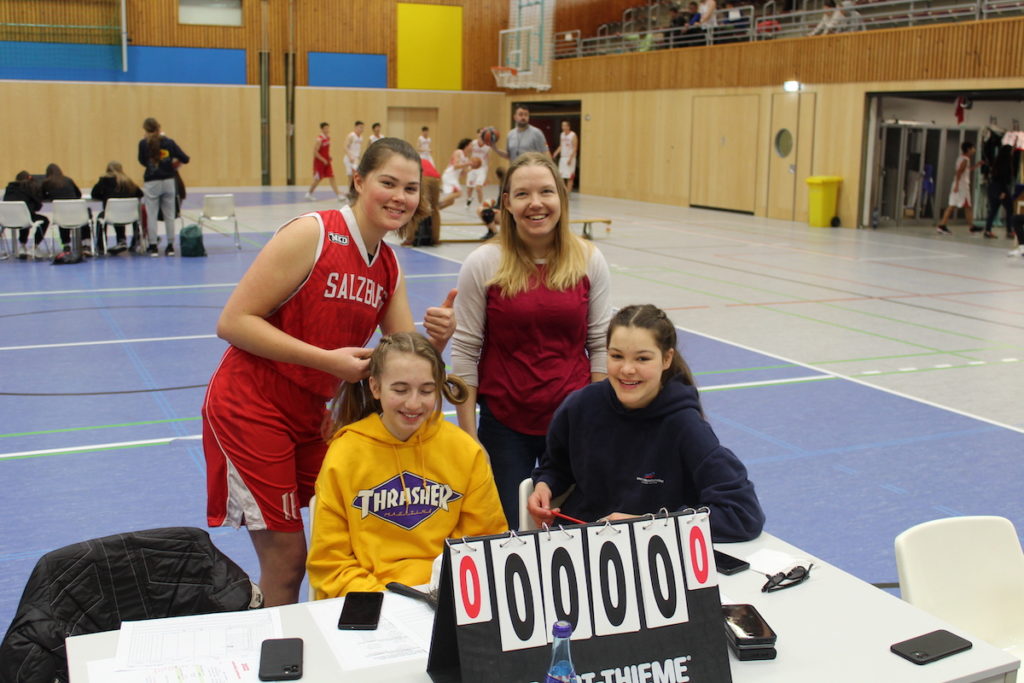 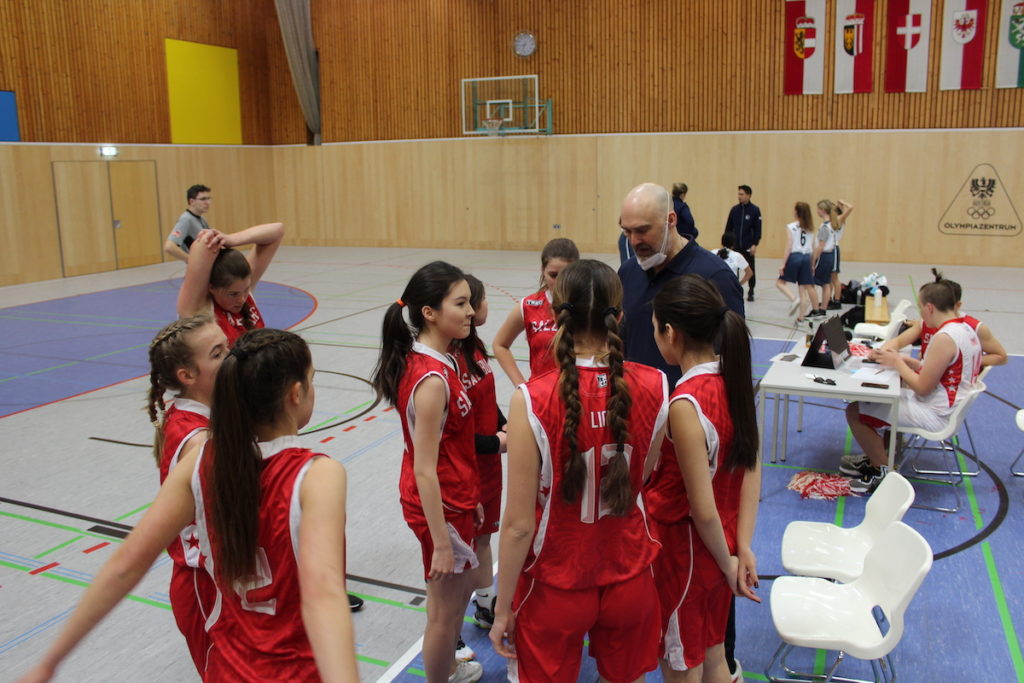 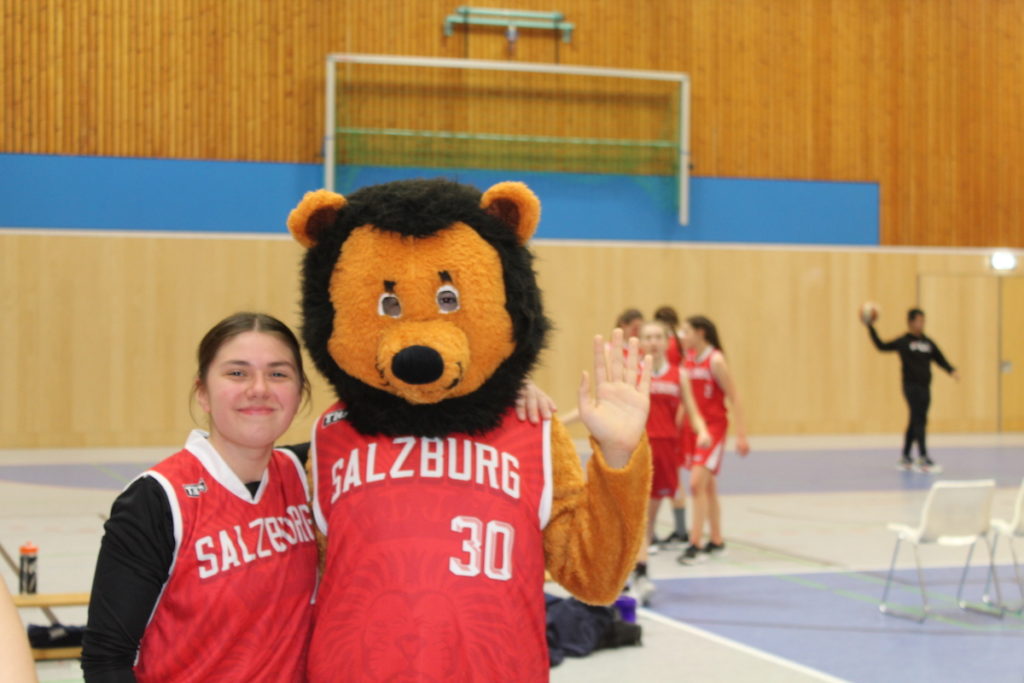 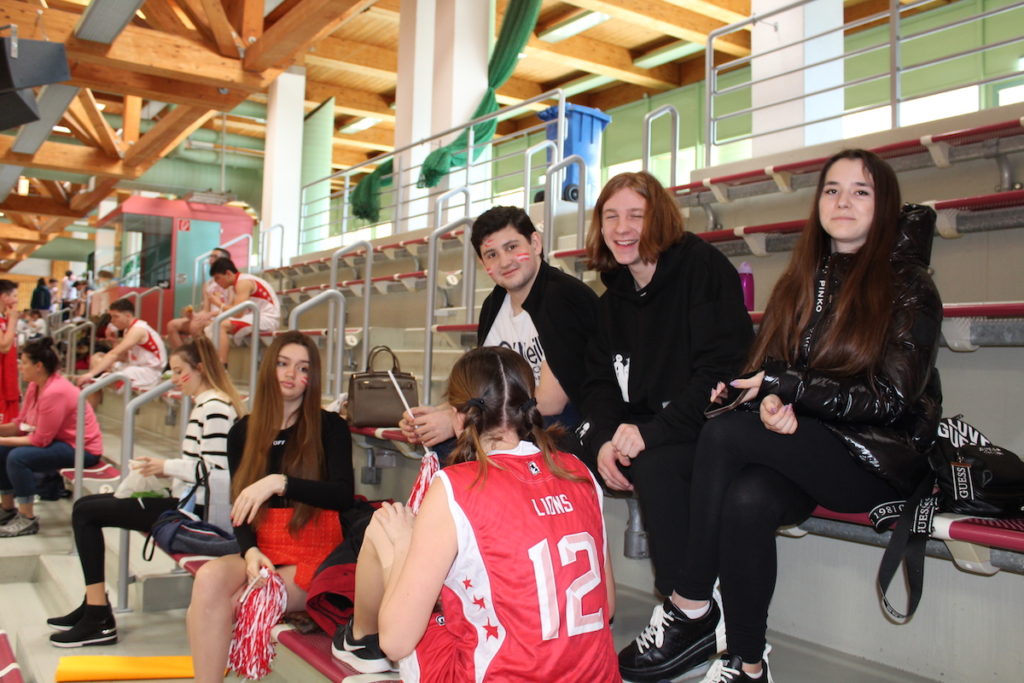 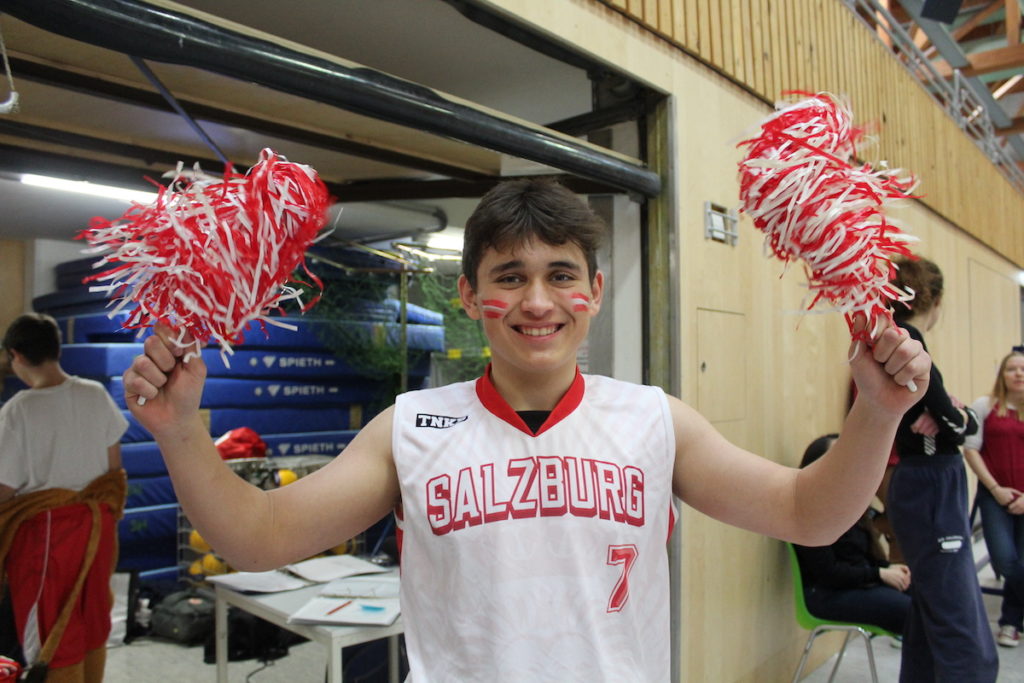 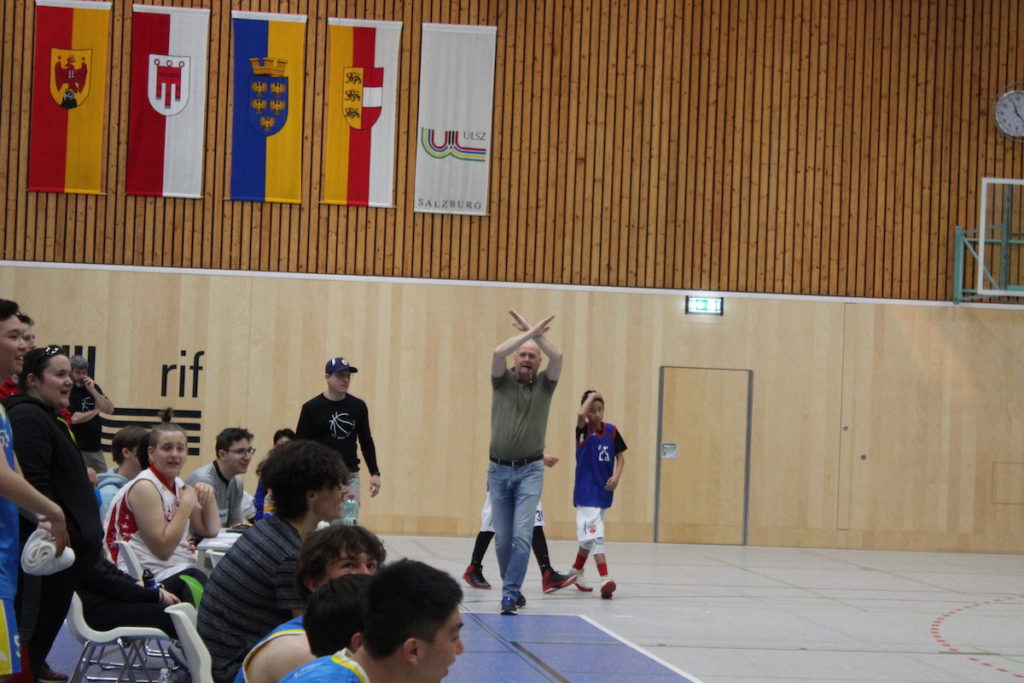 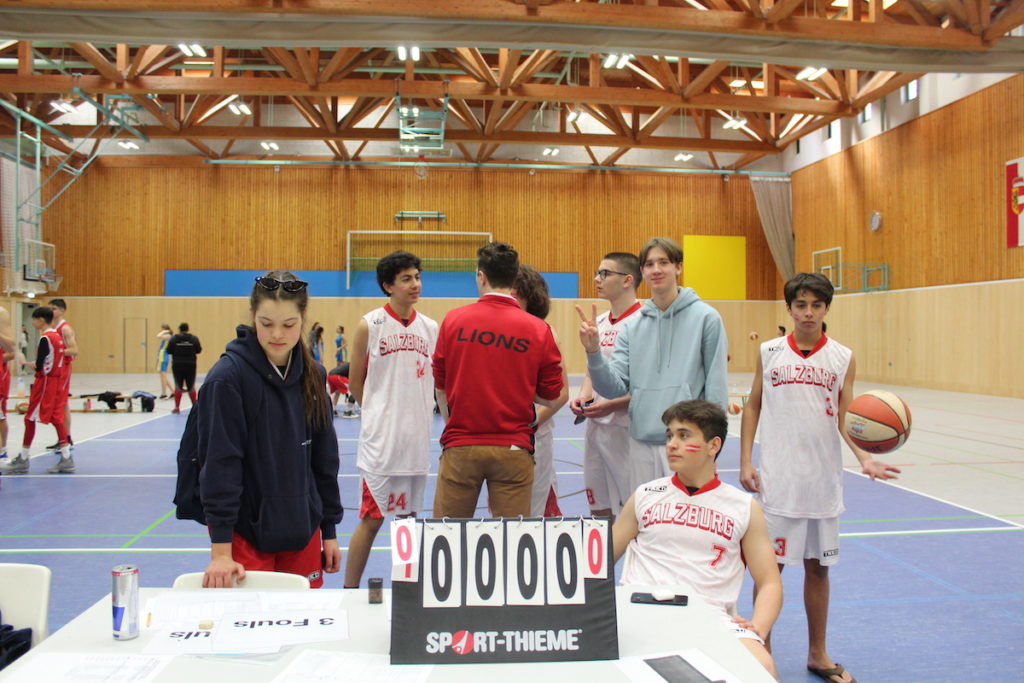 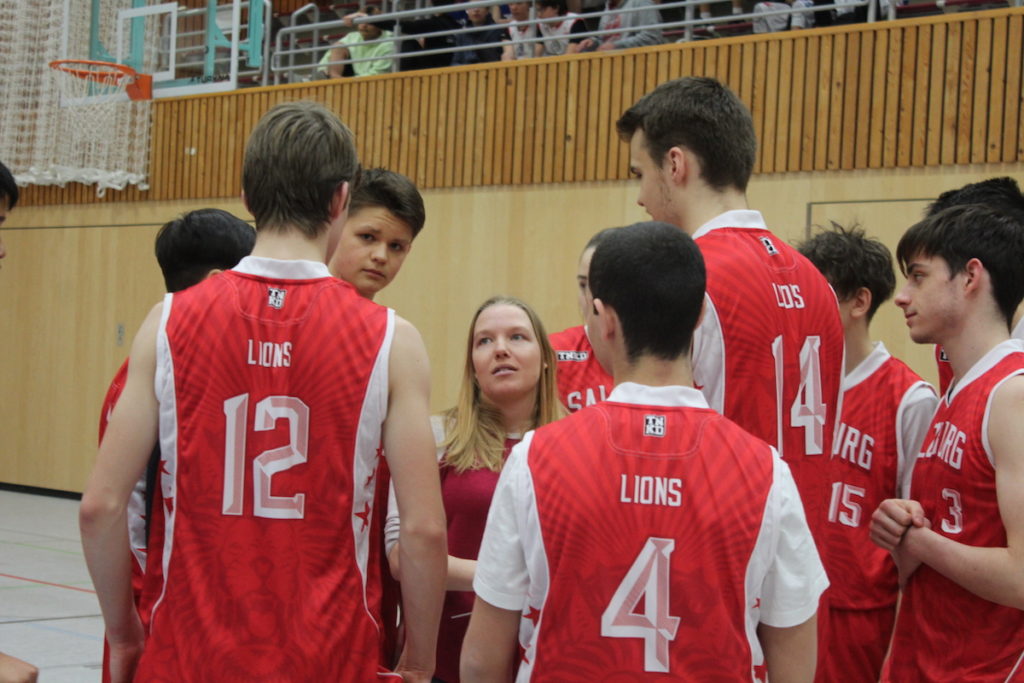 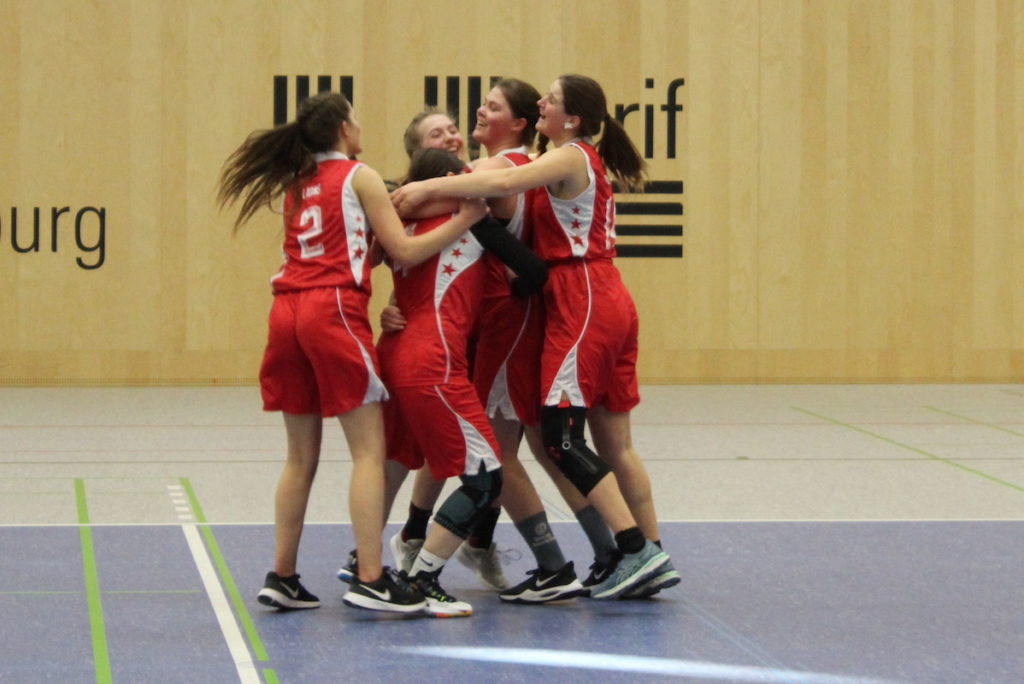