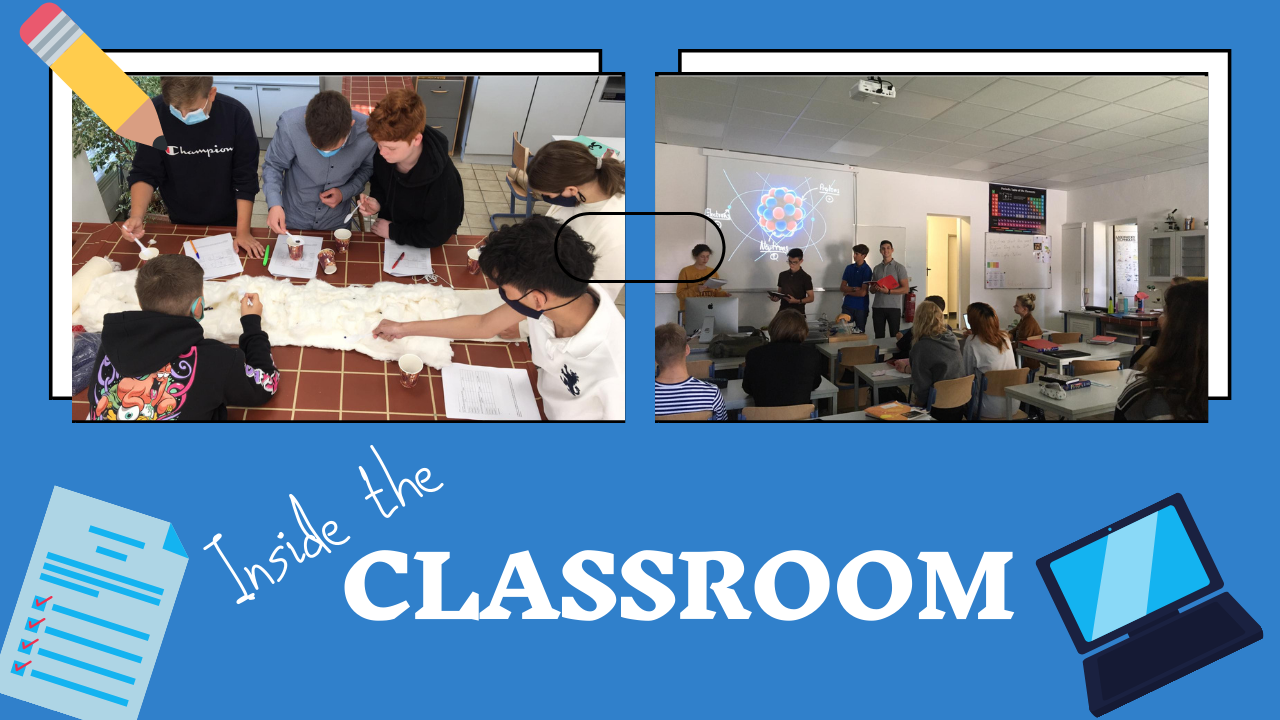 Students needed to inform the members of the class about the nature of Physics, applications of Physics in the real world, and why would anyone in high school need to take Physics. Each group had to choose an area of Physics to go into more detail about. The groups were responsible for producing a minimum of a three-minute commercial which will be presented to the class.

The simulation will consist of three rounds of prey capture in which the predators capture as many beans as possible in 30 seconds. The number of prey captured is used to determine each predator’s fitness. The fitness of individual predators will determine the makeup of the next generation of predators. Before beginning the simulation, and following each round, each group will calculate the percentage of the predator and prey populations that have each trait.

Chemistry – Online simulation of the states of matter

Students identify and describe particle behavior as it relates to phase.

1. Describe differences and similarities between monatomic, diatomic, and polyatomic particle behavior.
2. Describe how the vapor pressure of a liquid or solid is measured.
3. Describe how changing the pressure or temperature can change the state of matter.
4. Given the position on a phase diagram from which the labels are all removed, identify the phase present and determine the microscopic behavior of molecules. And vice versa.