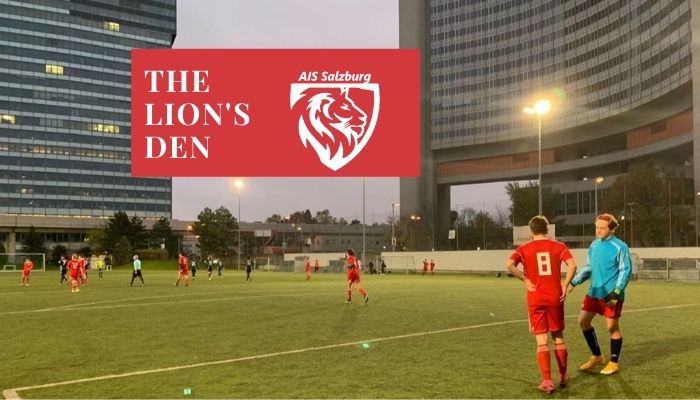 This past weekend, our boys’ soccer and girls’ volleyball teams participated in the Danube Valley Athletic Conference (DVAC) season-end tournaments in Vienna. Both teams were without a handful of key players who were unable to participate due to their unvaccinated status, making an already challenging varsity level tournament that much more difficult to compete in. The boys’ soccer team was scheduled to play in the DVAC junior varsity tournament in Budapest but had to switch at the last minute to the varsity tournament due to rising Covid-19 numbers and the resulting discontinuation of overnight stays for school sports. In order to safely move forward with participation, Lions’ players avoided public transportation and were transported to and from Vienna by chartered bus.

“We are just happy that we were even able to compete this past weekend and complete a full soccer and volleyball fall season”, said Athletic Director and girls’ volleyball coach David Burns. 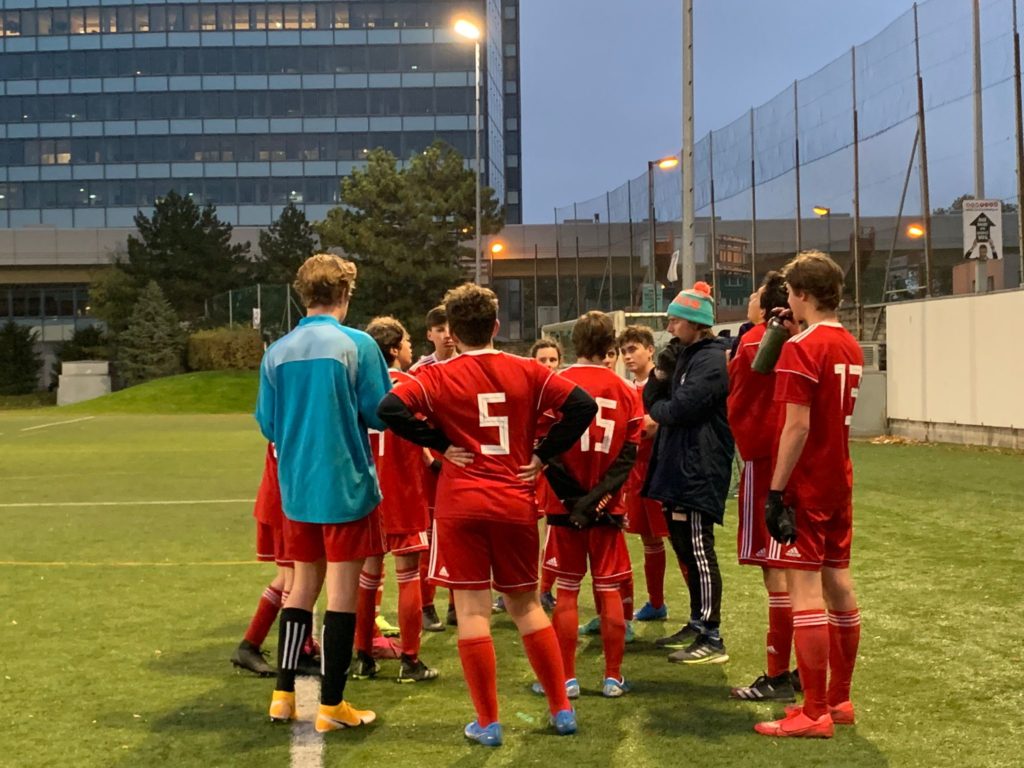 The Lady Lions’ had an uphill battle at the volleyball tournament, playing against some big school varsity teams which featured teams full of experienced grade 11 and 12 players. In comparison, the Lions attended the tournament with a team of only seven, six of which were grades 8 through 10.

Despite the odds, the Lions surprisingly faired quite well, beating the International Christian School and narrowly upsetting the big school varsity team from Vienna International School (VIS). Against VIS, the Lions shocked the host squad by winning the first set 25-23. VIS rallied back in the second set to force a third and deciding set, which the Lions lost in a nailbiter 13-15.

“Even though we lost, the game against VIS was the highlight of the season for me. The girls played beyond their years and I couldn’t be more proud of them,” said coach Burns of the exciting match. 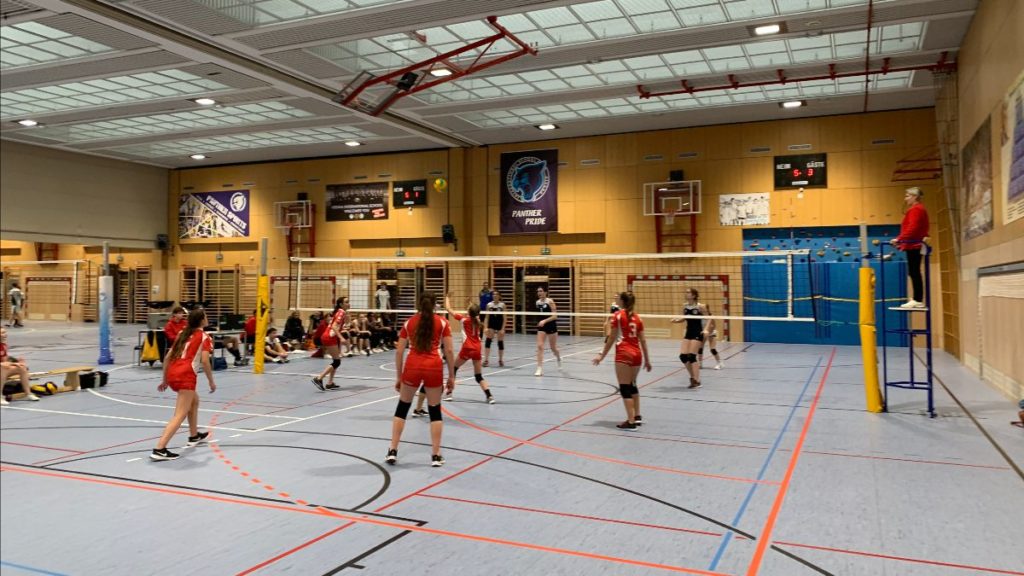 Grade 8 setter Chanti, played her best volleyball in a Lions uniform to date and was almost perfect on the service line. Outside hitter, Sarah, was a one-woman wrecking crew for the Lions with multiple kills, strong serving and a number of acrobatic diving saves. Team captain Saskia was a force at the net all tournament including some big blocks and a few kills of her own. Younger sister to Saskia, Jade, came through in the clutch with her serving at key moments.

“All seven girls played exceptionally well and the younger ones gained invaluable experience moving forward,” beamed Burns of his team. 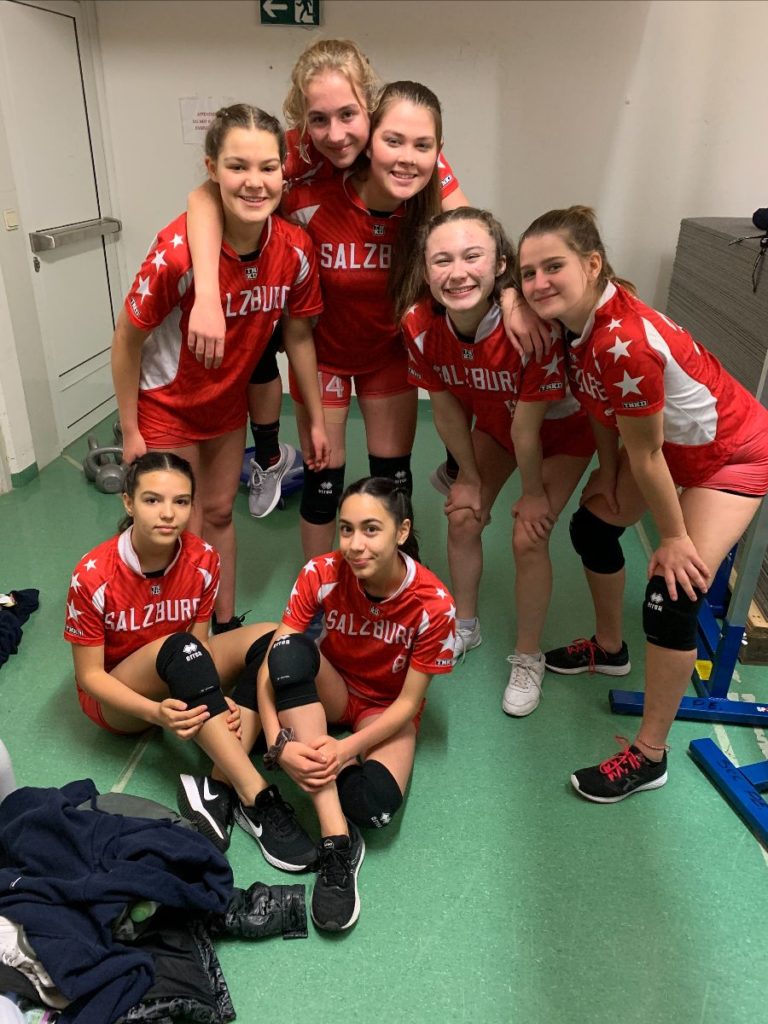 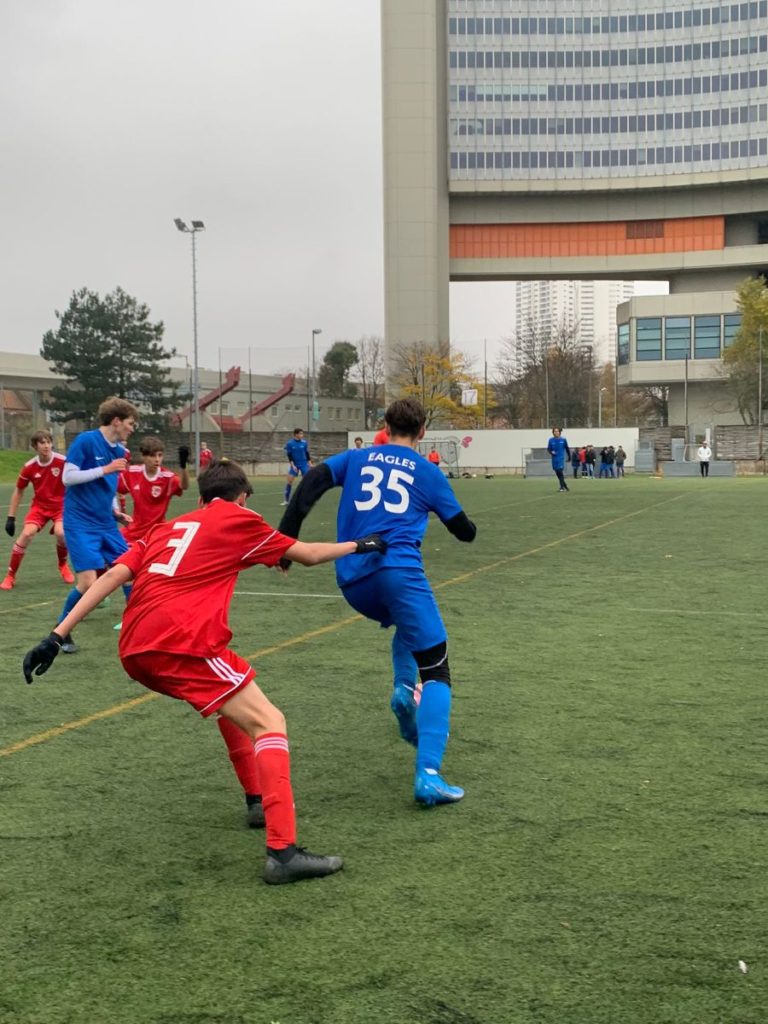 The boys’ soccer team—featuring a number of young up-and-coming stars—also had their hands full with three games, two of which were against varsity teams from the big schools of Vienna International School and AIS-Vienna.

Straight off the bus, the Lions were up against the International Christian School Vienna (ICSV). With the score at a 0-0 deadlock, the Lions conceded a goal on the final kick of the first half, putting them in a tough spot heading into the final frame. ICSV scored again early in the 2nd half and the Lions were unable to make up the deficit, losing 2-1. Iker scored the lone goal for AIS-Salzburg in what was a very evenly matched game that was back and forth throughout.

Their second match against VIS was straight away after their loss to ICSV, and despite defending valiantly, the Lions conceded multiple goals in the last 15 min, losing the game 5-1. The Lions lone goal came from their keeper, Liam Boettger, who scored a goal directly off a free kick just inside the Lions’ own half of the field! His free-kick took a huge bounce over the opposing keeper’s head and outstretched arm, finding the back of the net. 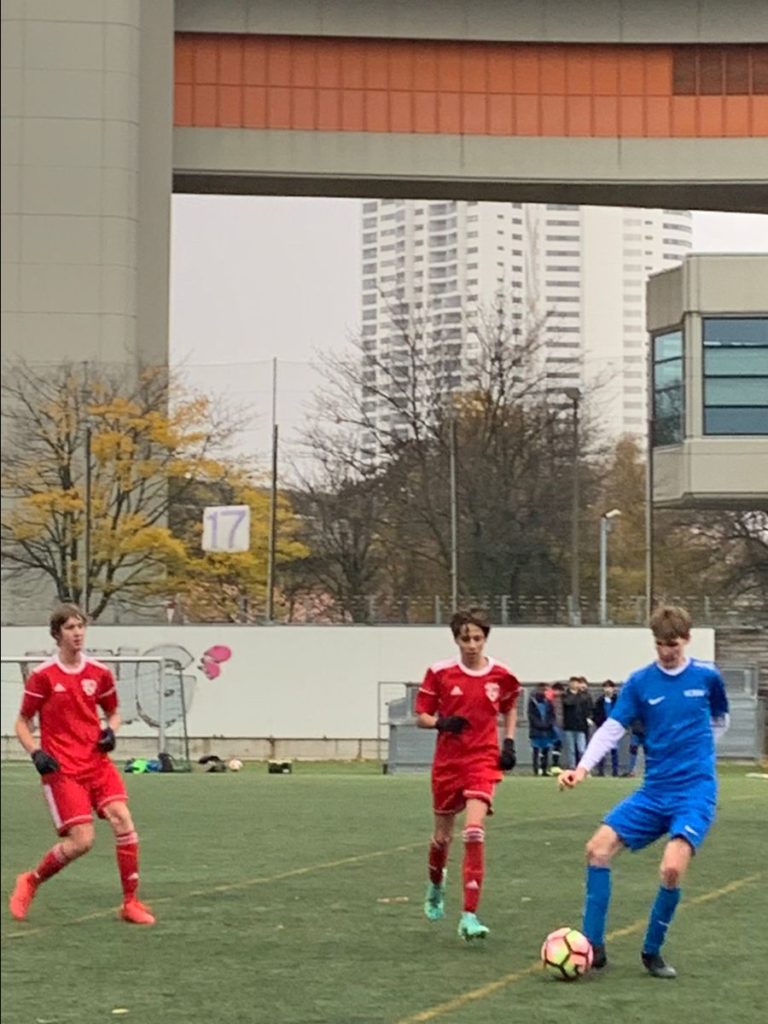 The boys’ final match was against AIS-Vienna and also resulted in a 5-1 loss. The scoreline doesn’t reflect the whole story, as the Lions defended brilliantly for most of the match before fatigue set in and their legs began to fail them. Iker again scored the only goal for the Lions on a beautiful free-kick from just outside of the box about 3 minutes into the 2nd half. This brought the score back to 2-1 before AISV scored three goals in the final 10 minutes to pull away.

“Overall, this was a good day, and I am proud of the effort everyone displayed on the pitch. We worked hard and I believe gave a good account of ourselves. Playing 3 matches in a day is tough, especially with only 14 players available,” said coach Matt DeKryger of his team’s effort.